Combatting intolerance and discrimination with hyperbole and parody, exposing censorship as the highest form of perversion.

Since its launch in 1992, Bitterkomix has evolved with South Africa’s shifting socio-political landscape over the years since independence, continuing to combine various narratives and topics, from eroticism to violence. Deconstructing stereotypes surrounding gender, sexuality, race, tradition, religion and the like, Bitterkomix challenges ongoing political and institutional censorship in South Africa.

Irreverent in its approach and language, the co-founders of Bitterkomix, Anton Kannemeyer (Joe Dog) and Conrad Botes (Konradski), have spent three decades constructing a dark, almost seething criticism of the mainstream, conservative, Afrikaner cultural rubric; where both artists have strong traditional roots and ancestral links. Using hyperbole, satire, analogy, and parody as tools of defiance against both past and present power structures in South Africa, Bitterkomix references various historical and contemporary social and political issues, driving a spear through the flesh of the conservative establishment, in particular deeply entrenched Afrikaner ideologies that keep South Africa stuck in a vacuum of ignorance, ineptitude, and bigotry.

Feeding off reaction, Bitterkomix has never been in short supply of critics. Hyperbole seems to be an increasingly abstract concept to most critics to grasp, especially with the massive growth of nationalism and the powerful wave of conservatism that accompanies it. Within this volatile environment of conservatism, where almost anything is offensive – a clear indication of a society that lacks the acumen for lateral and abstract thinking – any form of parody or satire runs the risk of being severely misunderstood. Irony, idioms, appropriation; all such notions are becoming extinct within a contemporary atmosphere of amplified isolationism, fundamentalism, and extremism, making Bitterkomix such an important publication as it attempts to expose and counter this blind, empty ideological virulence.

A vicissitude of a once enlightened era, somehow still alive today, Bitterkomix has consistently pushed the envelope. Perceived by many South African’s as controversial and outrageous, internationally Bitterkomix is perceived as part of the vanguard of independent, counterculture publications. A complete set, which includes every Bitterkomix publication ever produced, forms an important part of the Colophon Collection.

From the underground into the mainstream and back again, this is subversive counterculture in motion and an important branch of contemporary expressionism. 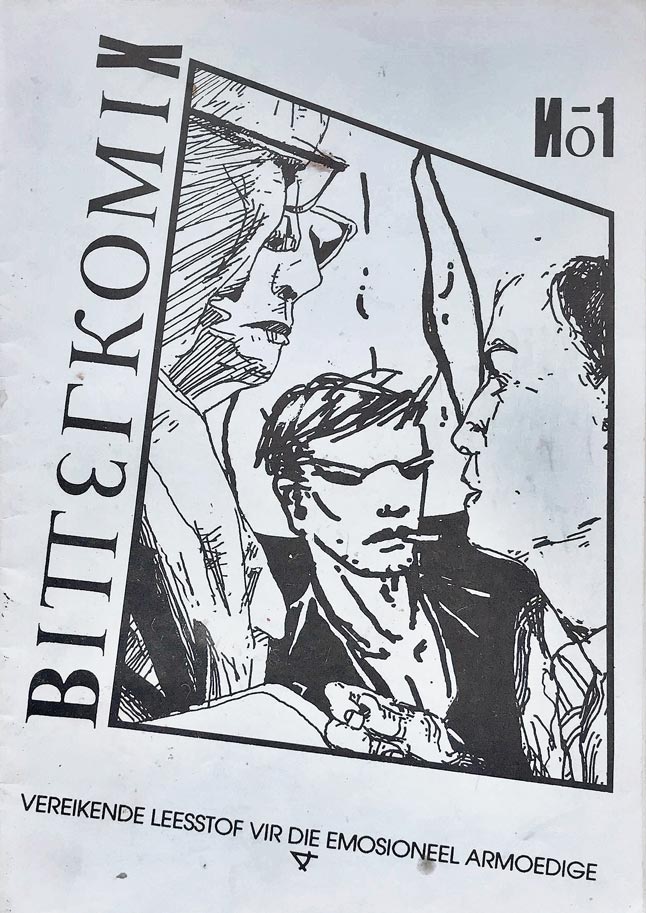 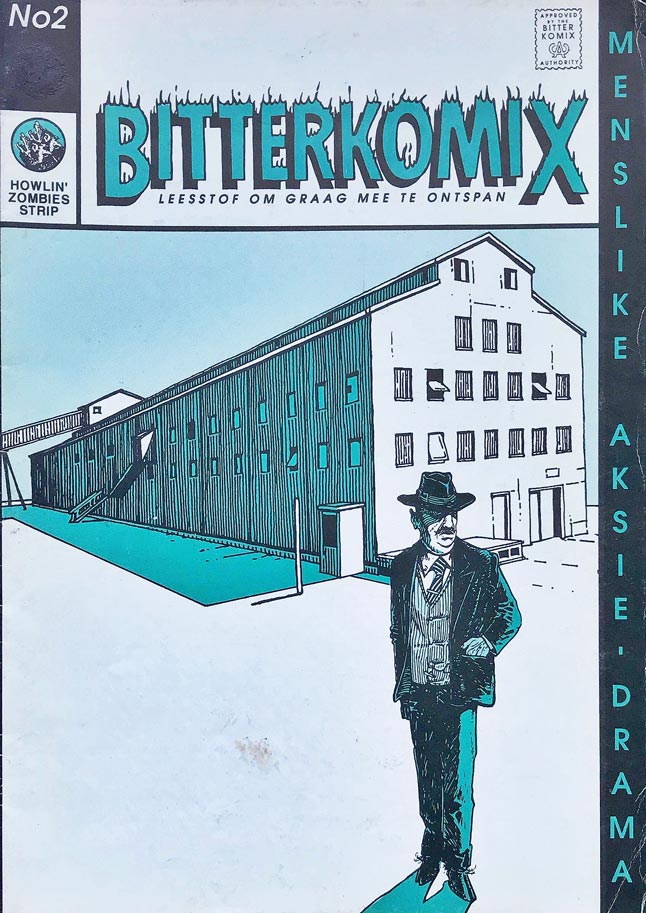 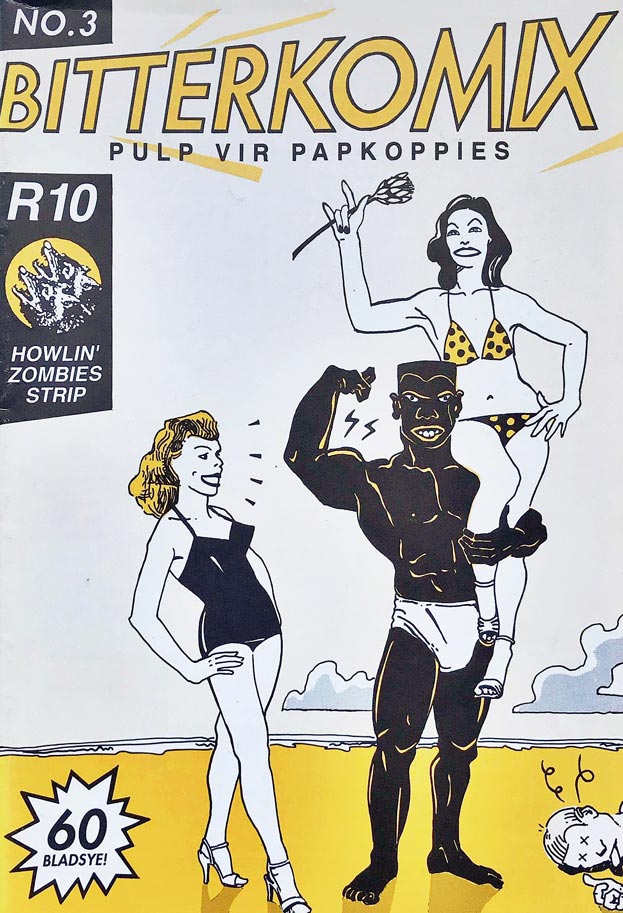 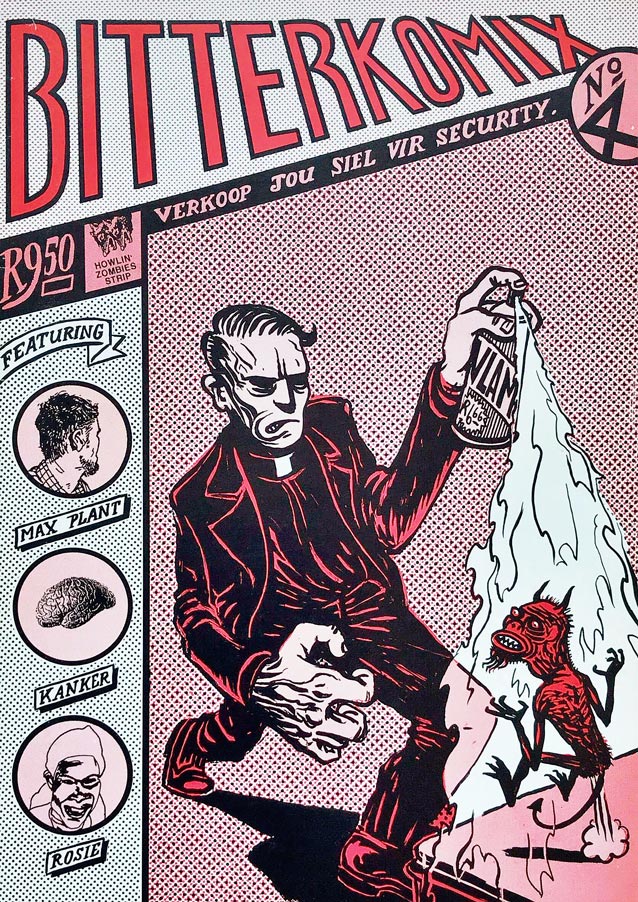 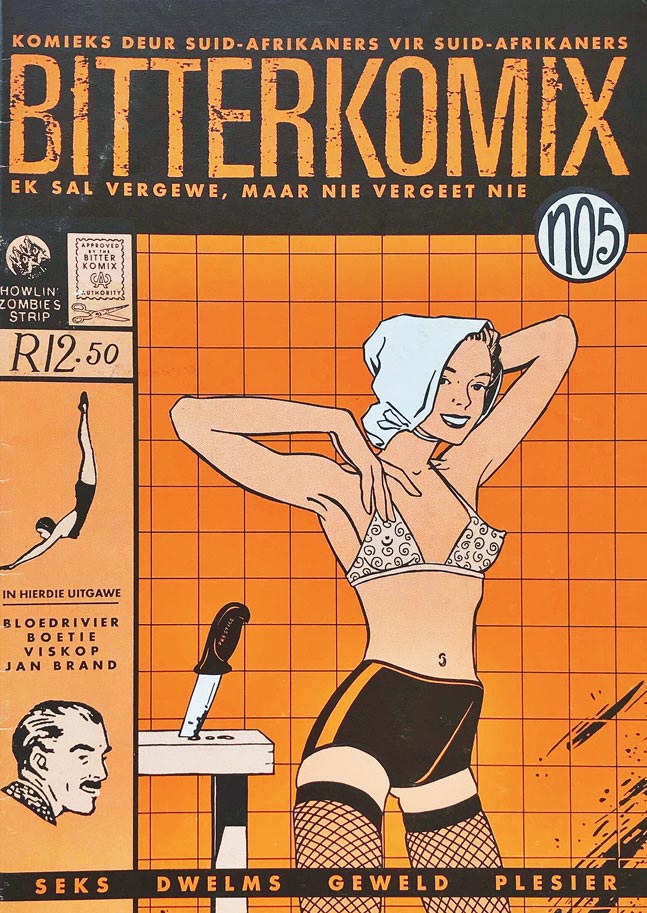 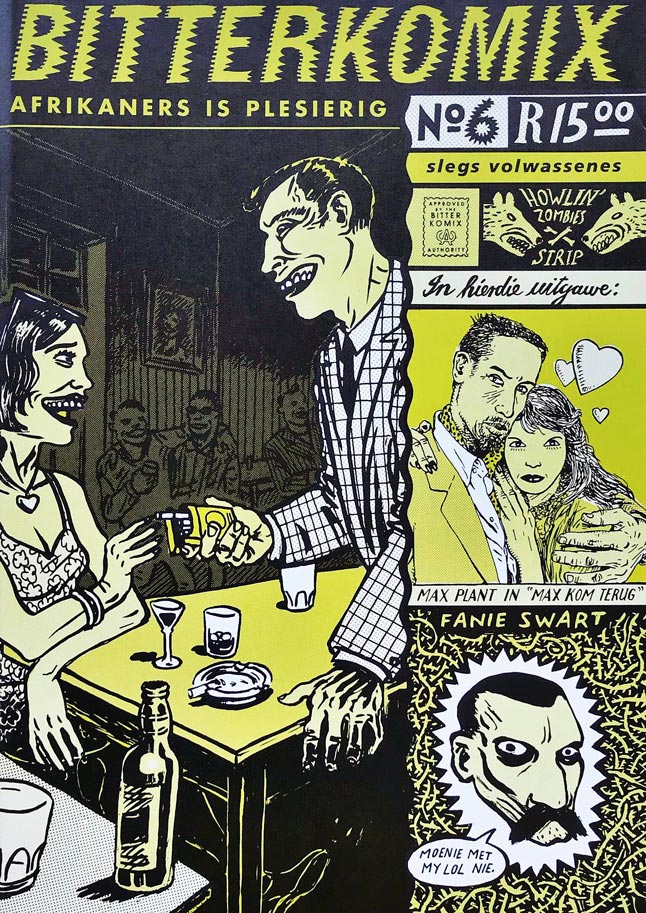 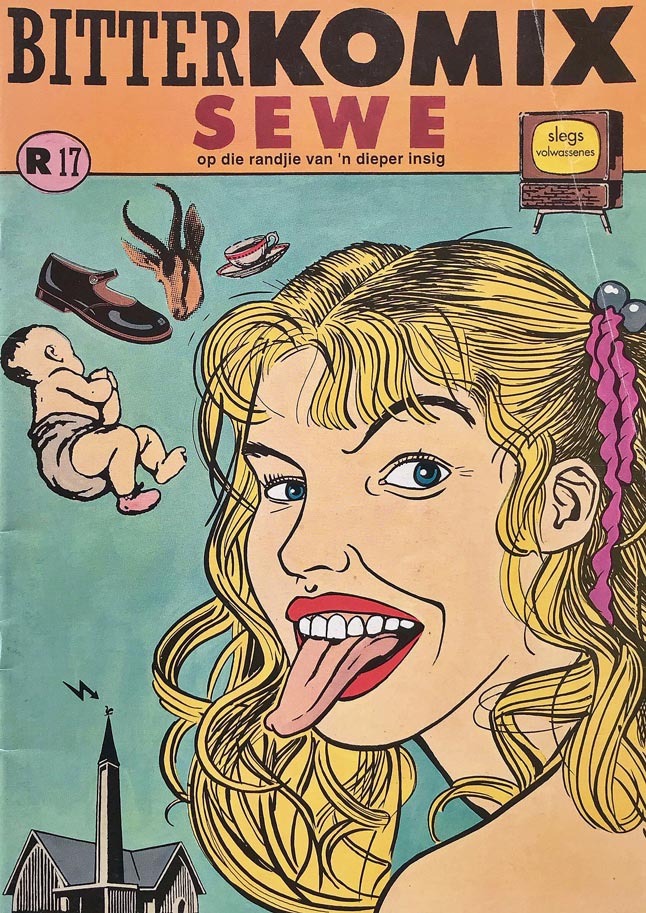 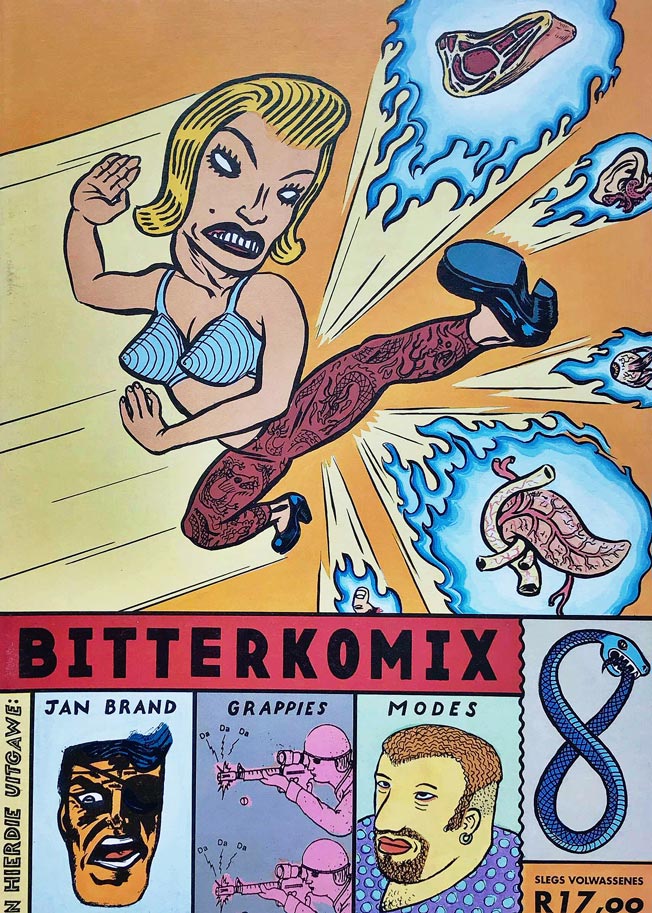 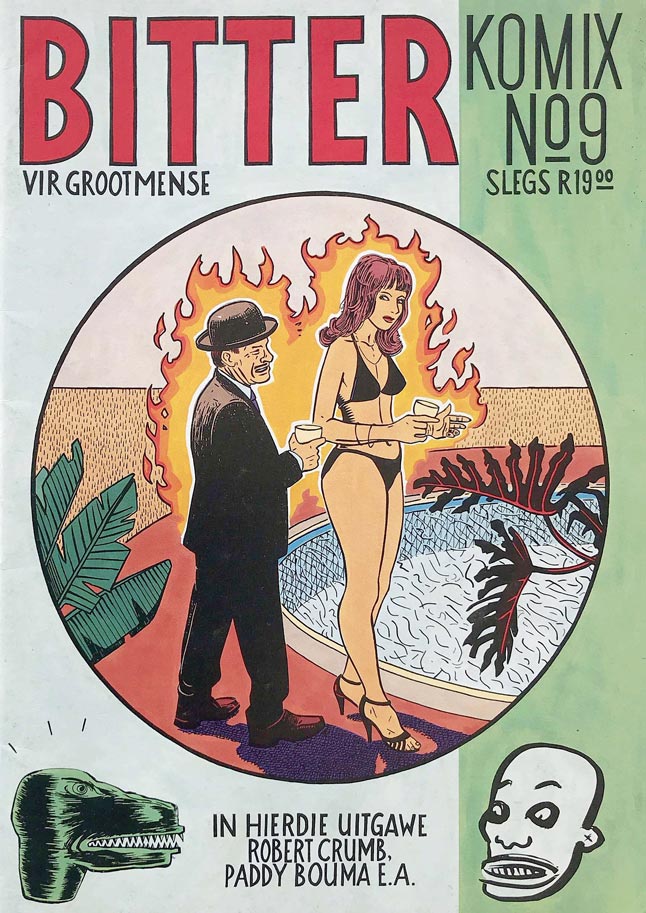 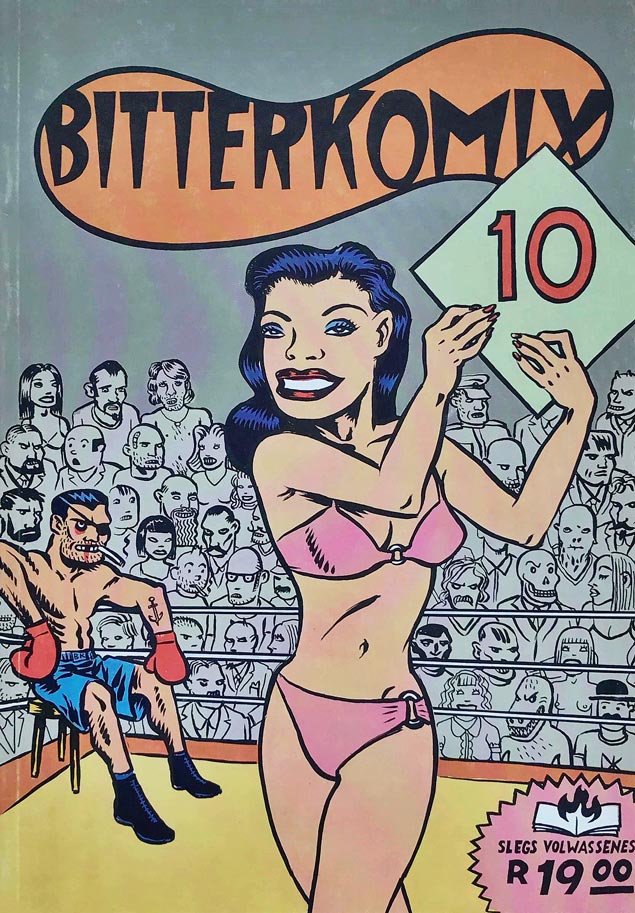 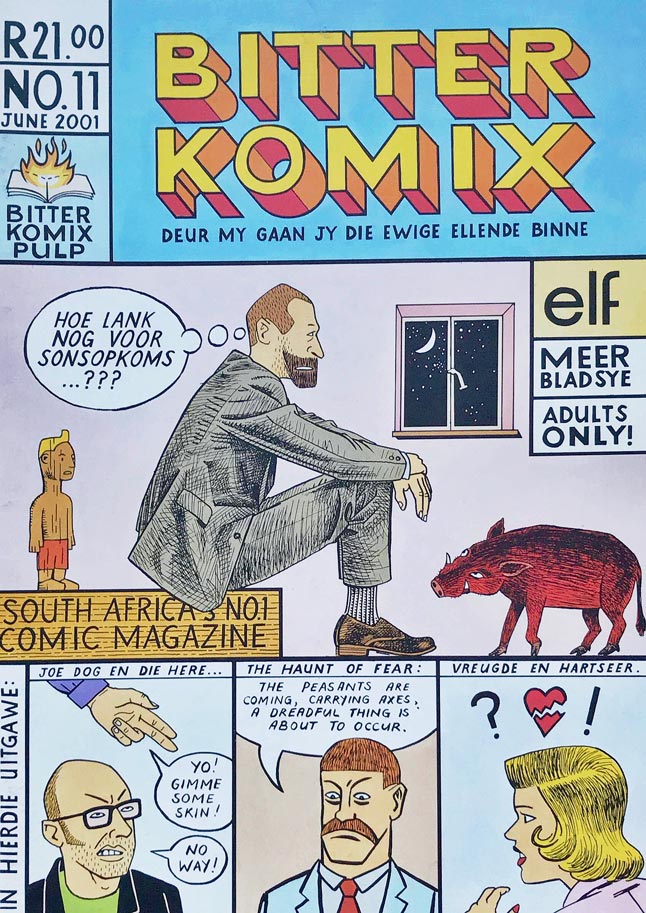 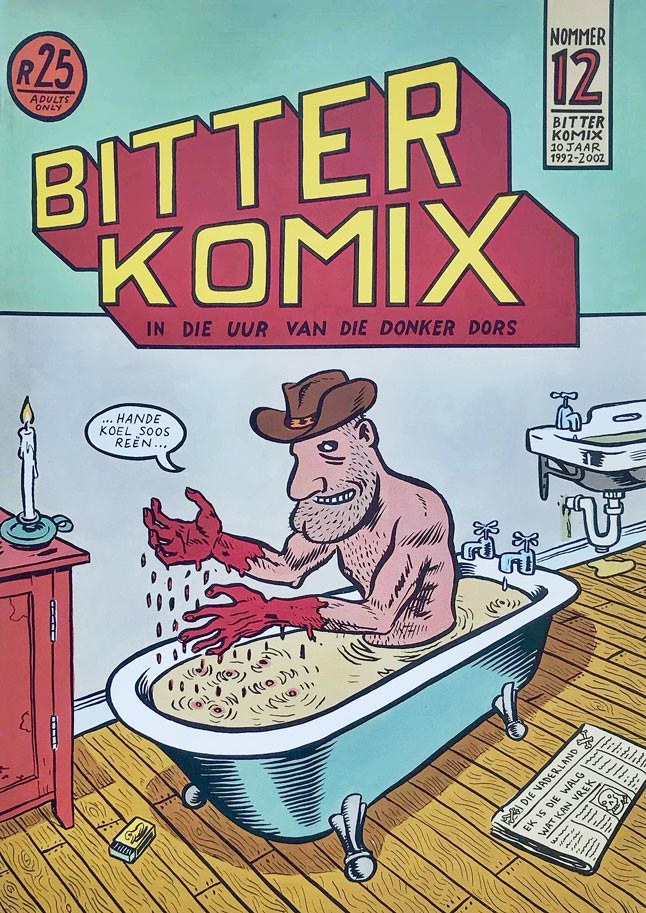 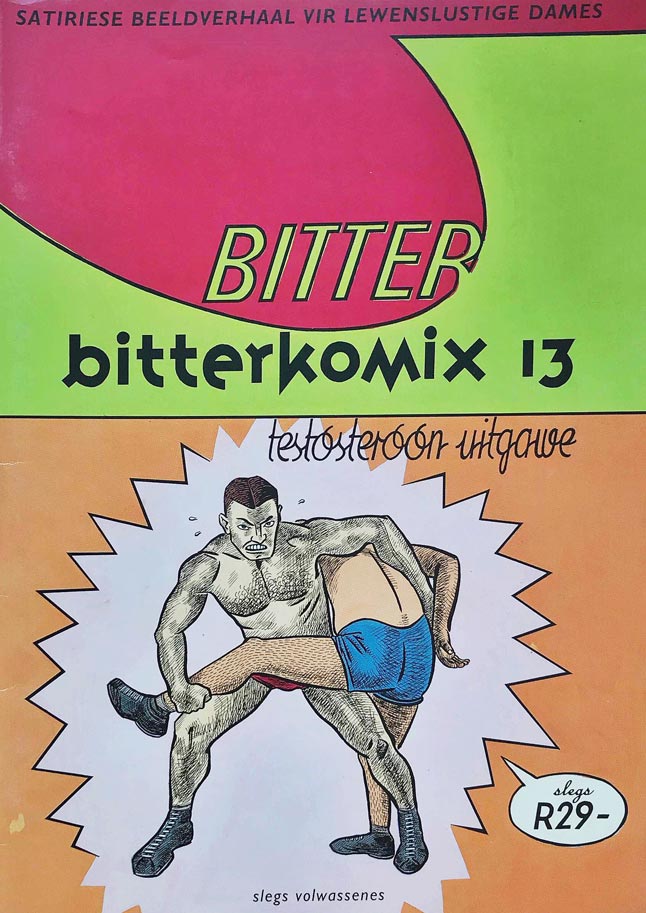 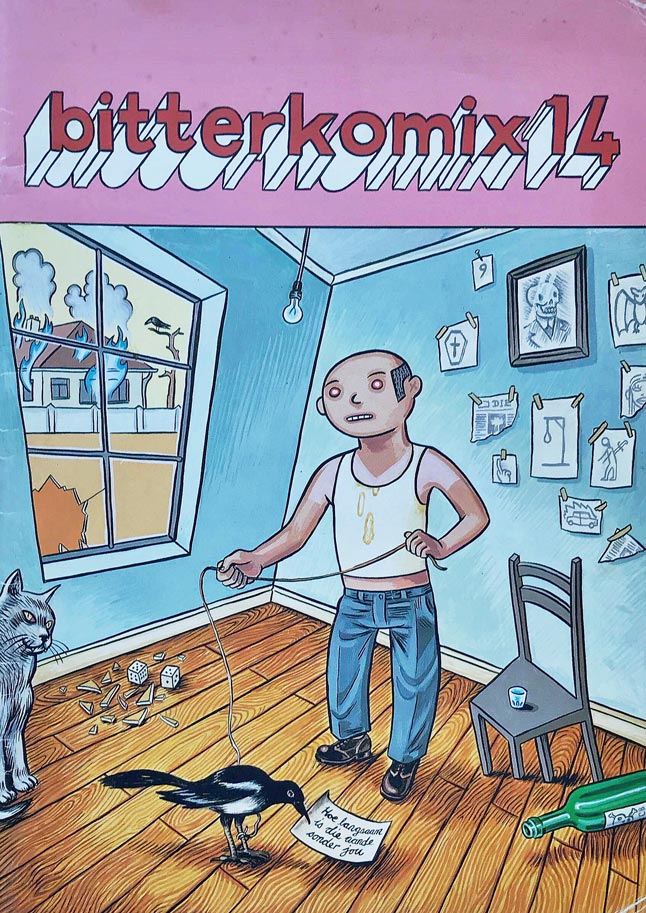 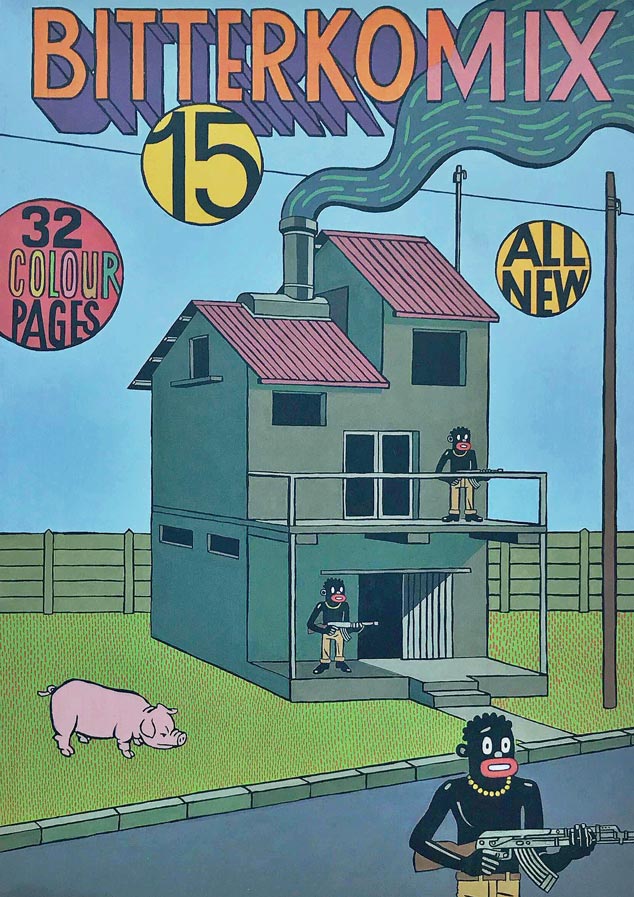 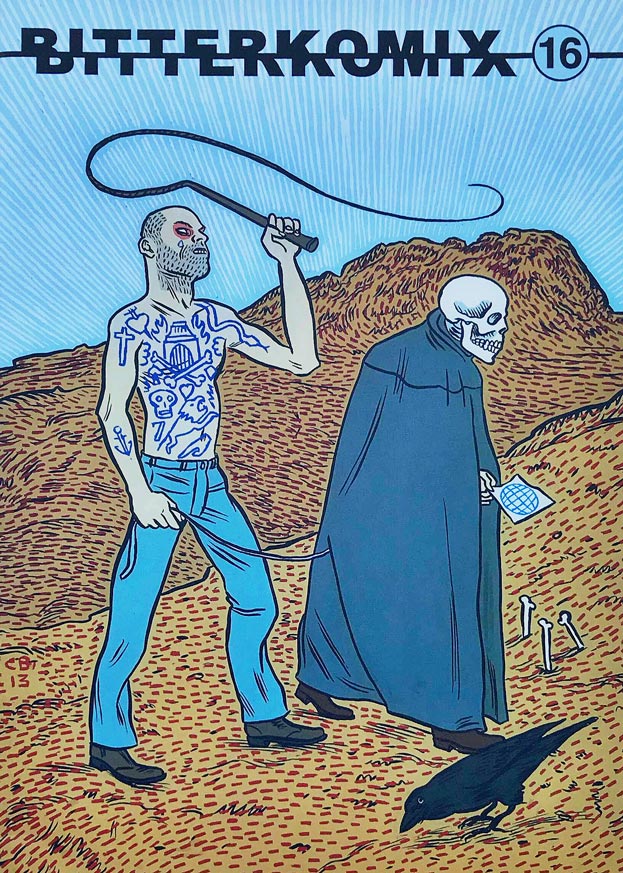 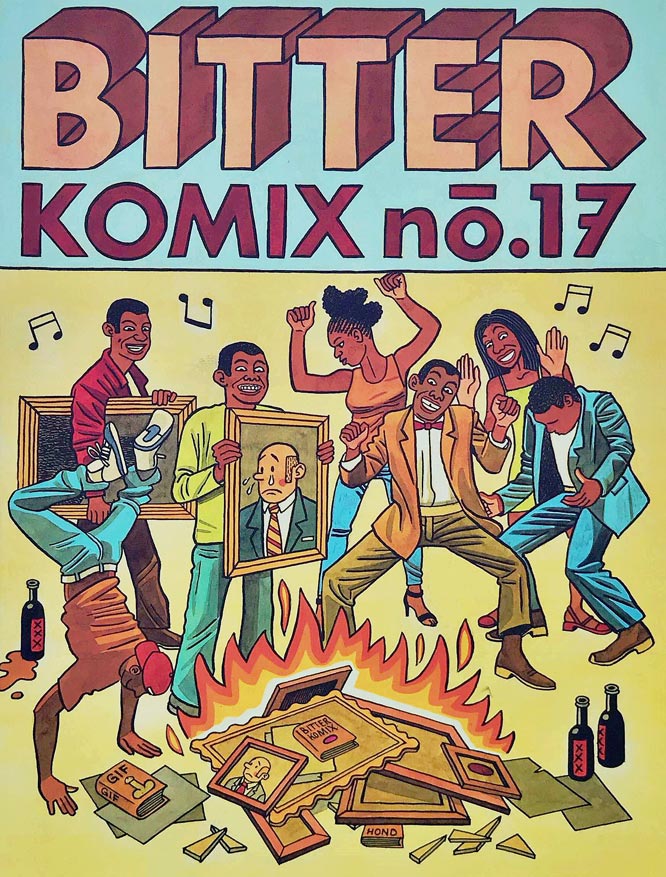 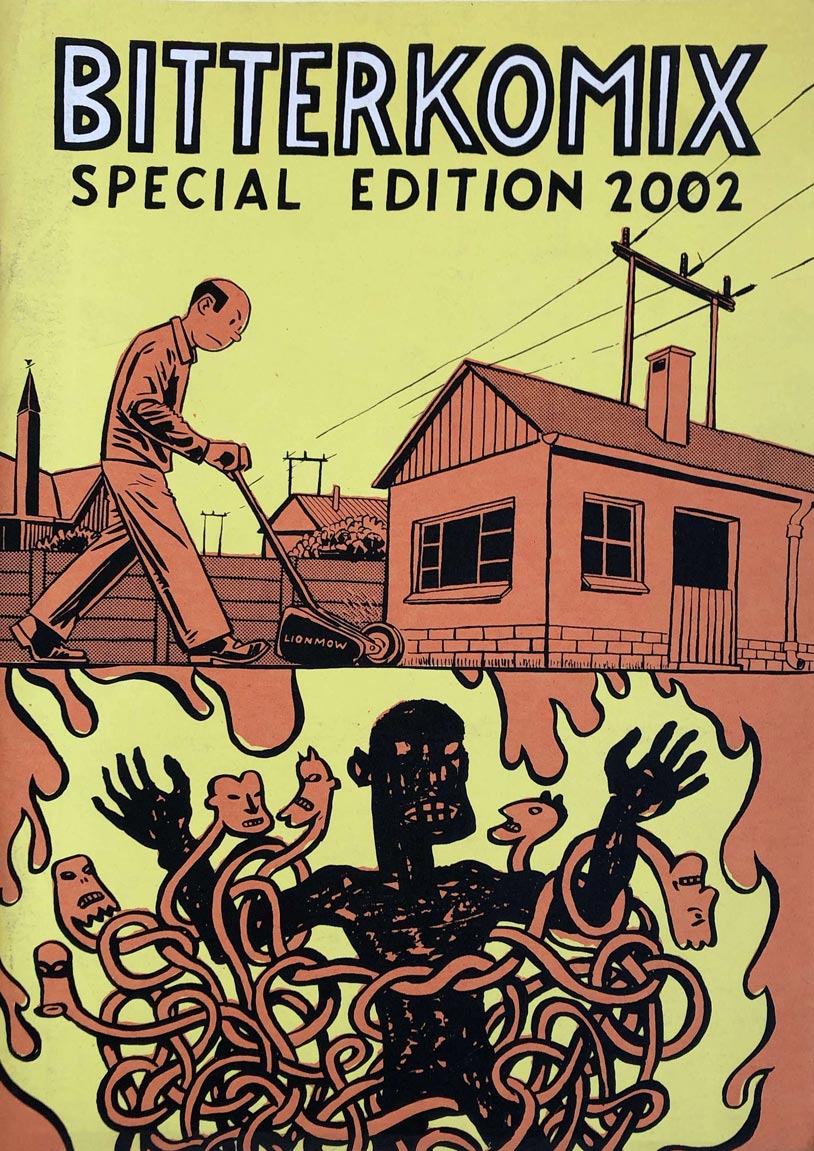 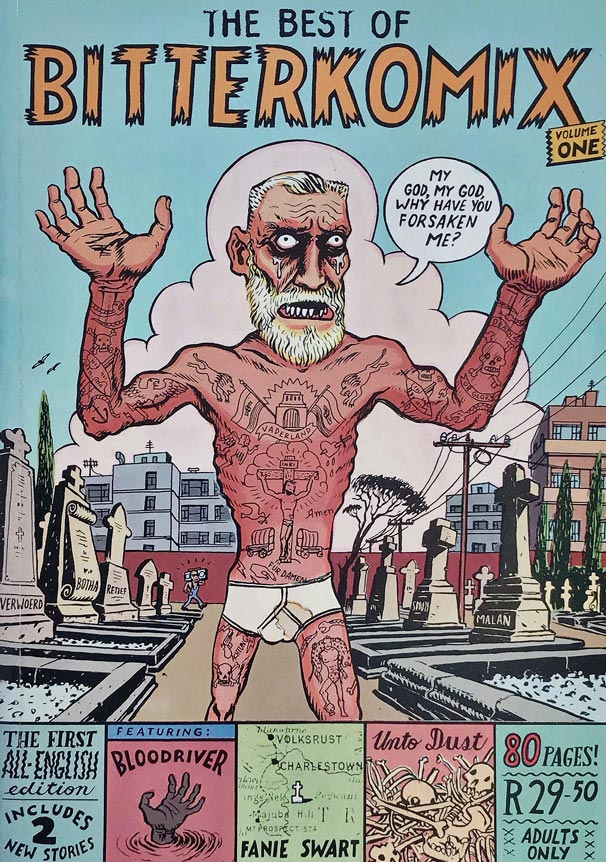 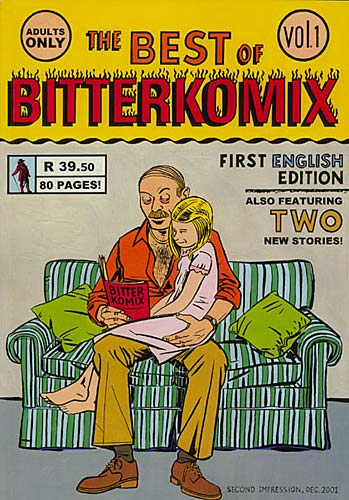 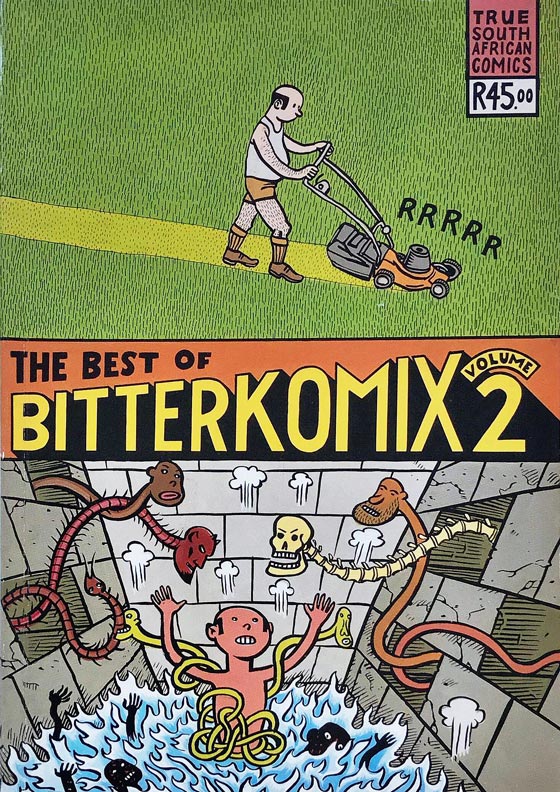 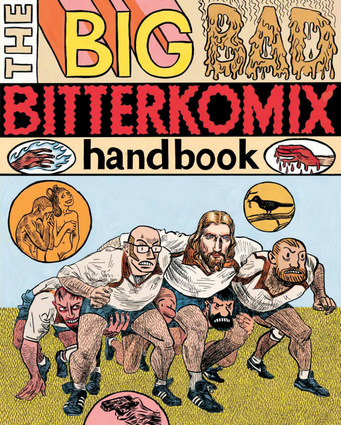 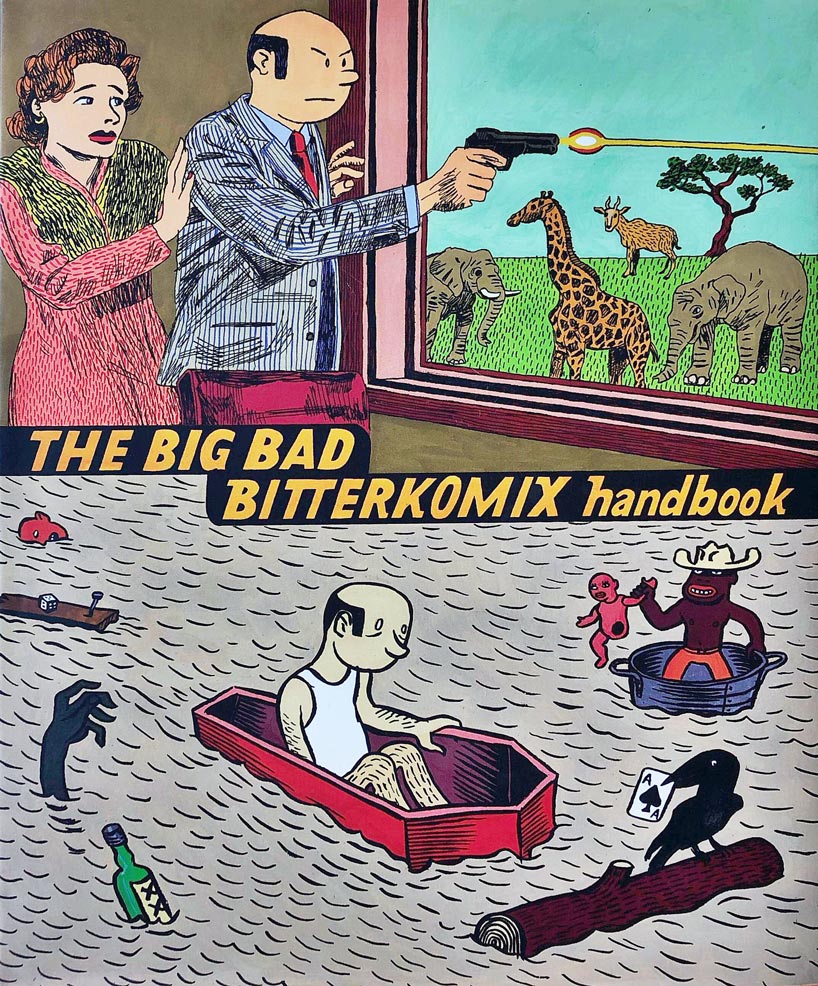 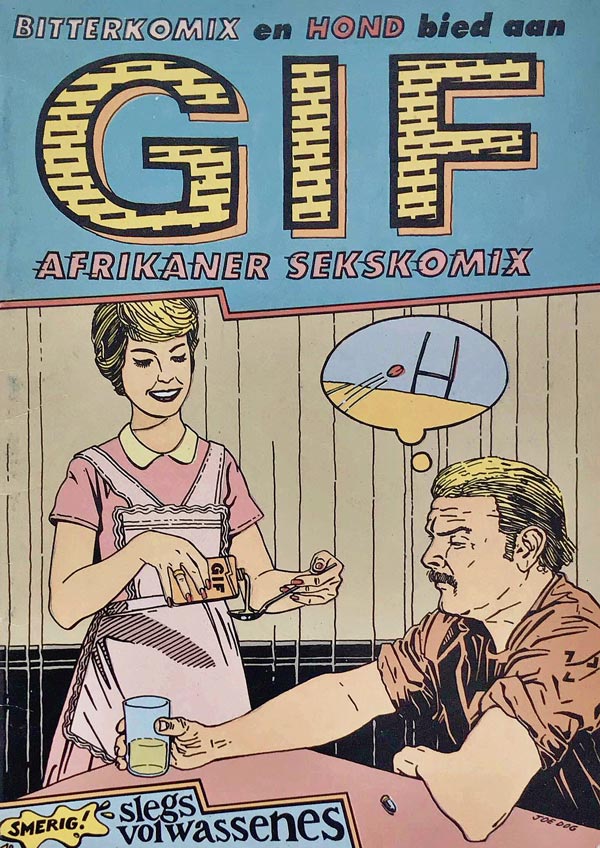 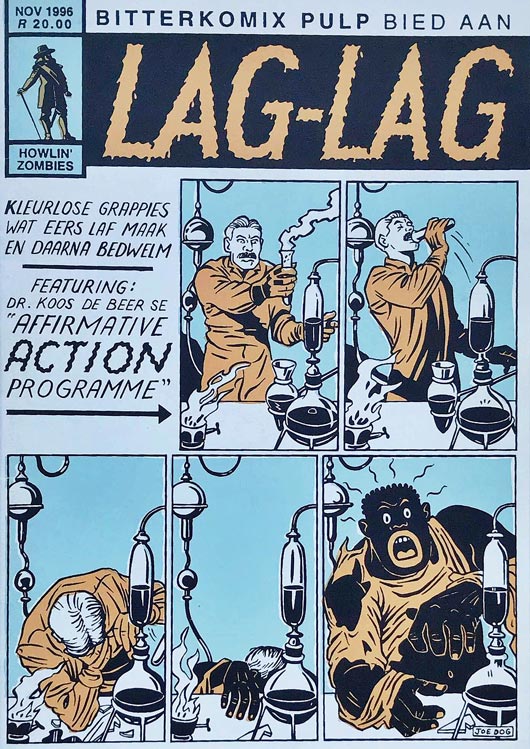 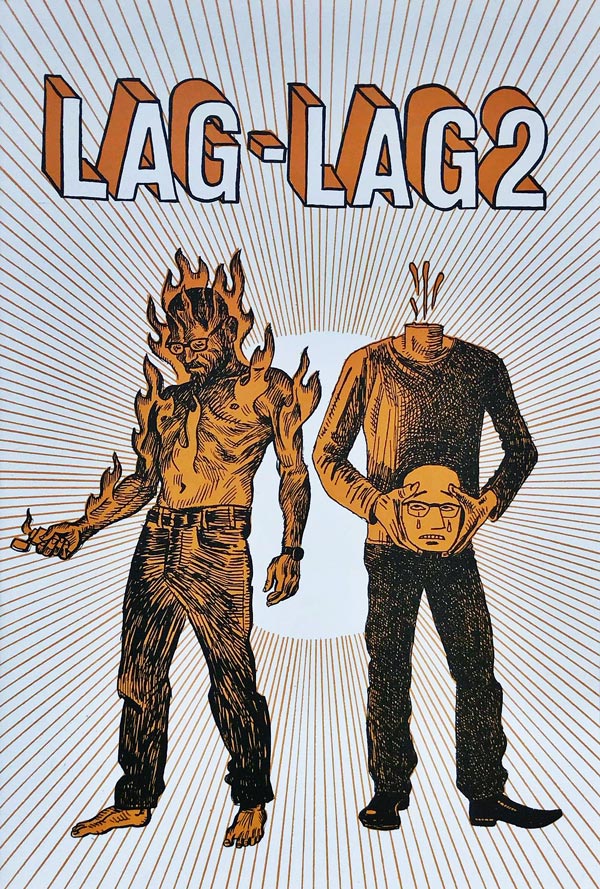 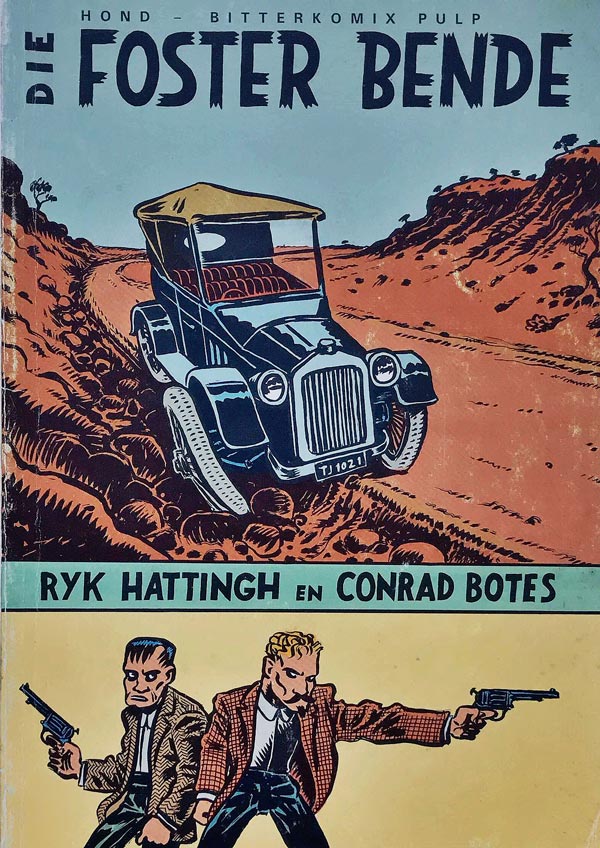 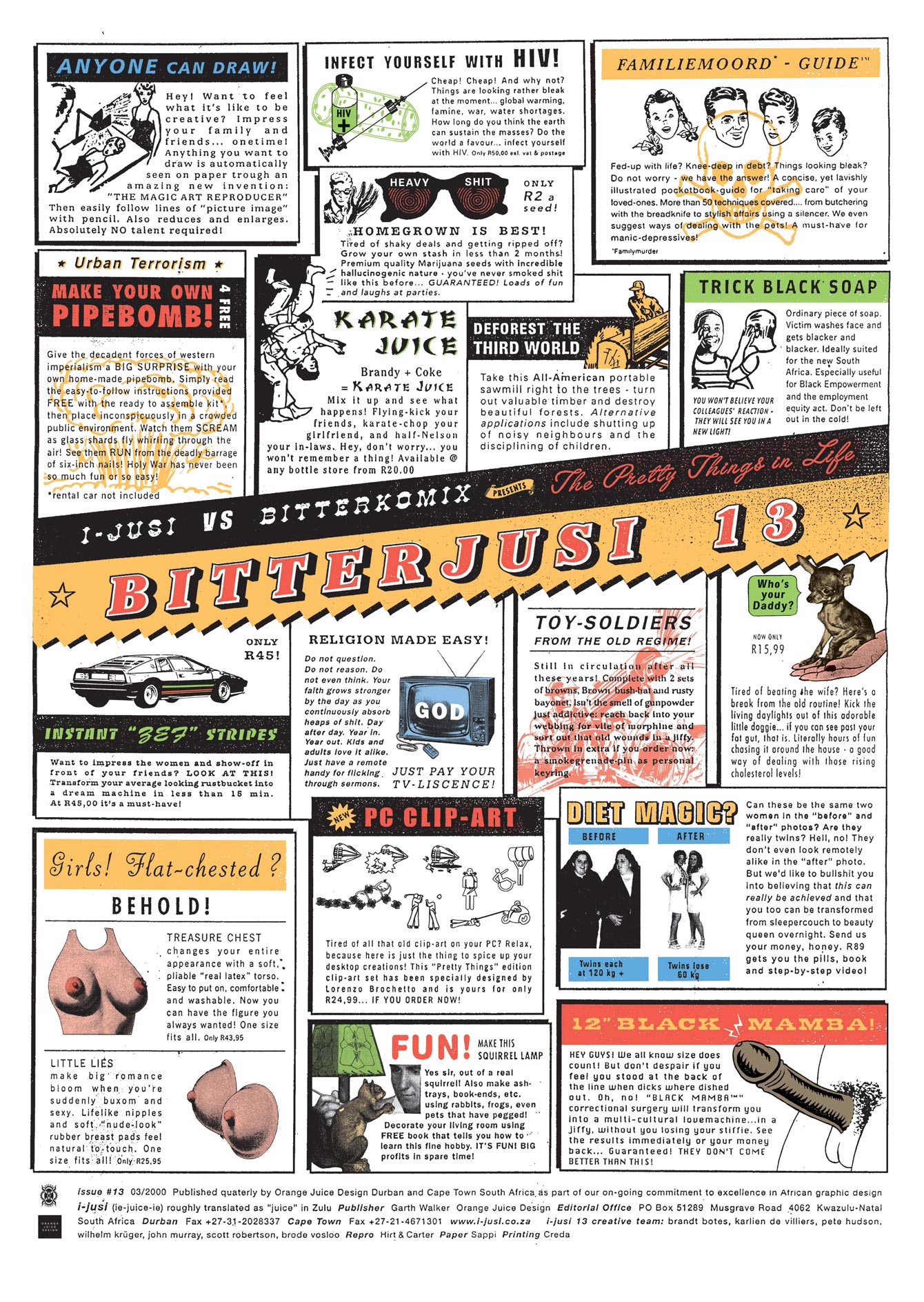 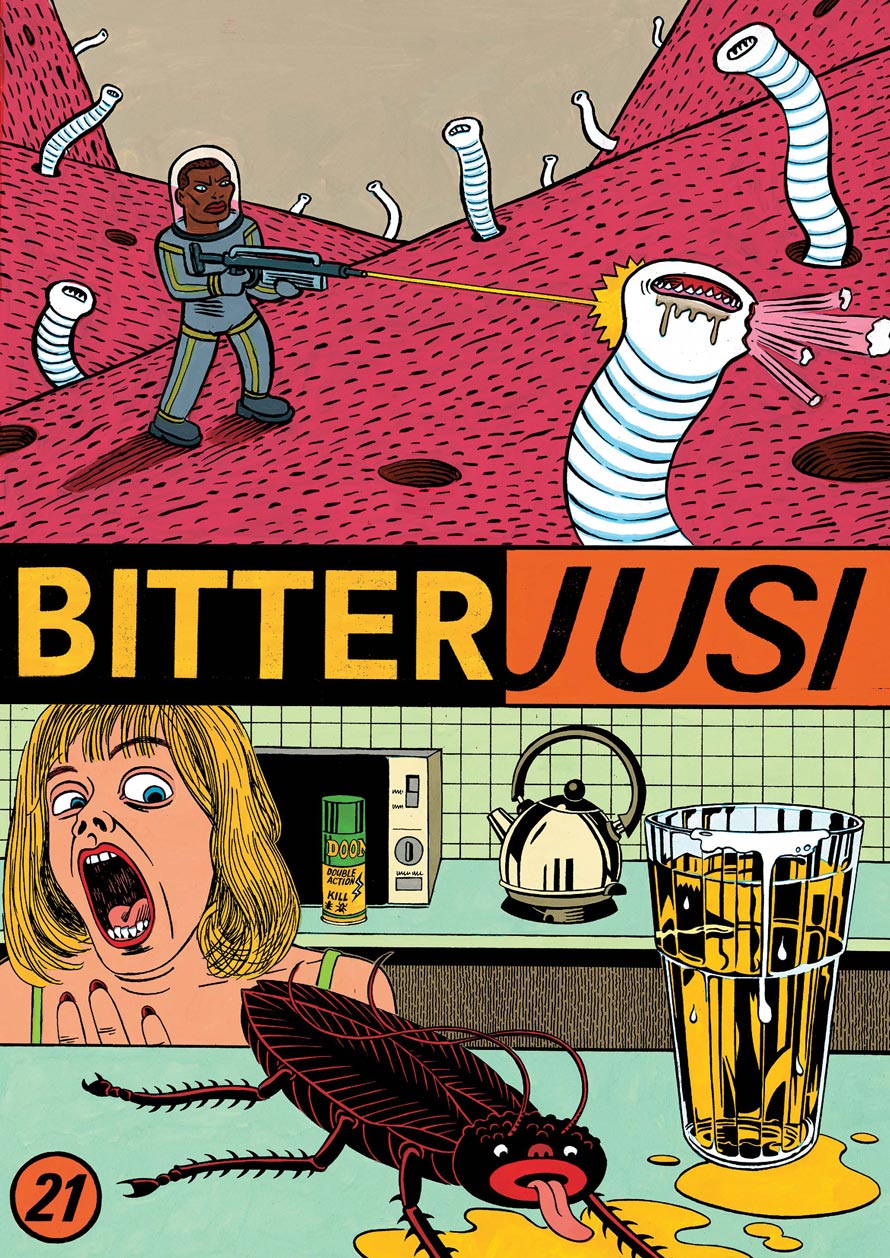 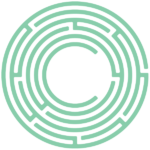